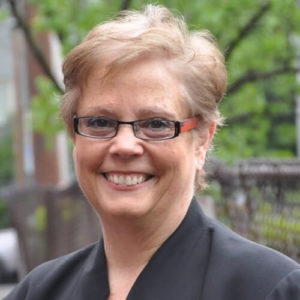 Alice M. Forrester, Ph.D., is chief executive officer at Clifford Beers Clinic in New Haven, Conn. Under her leadership, the agency provides integrated services to address mental health, physical health, and social determinants of health. Because family is so important in recovery, care is “whole”-istic in terms of the whole person and whole family. Forrester is widely viewed as a thought leader in her field. She has served on multiple local, state, and national councils, including the National Child Traumatic Stress Network steering committee, the State of Connecticut Behavioral Health Partnership Oversight Council, the Tow Youth Justice Institute Advisory Council, the Sandy Hook (Conn.) Commission, and the City of New Haven Substance Abuse Council. She is sought by government officials to inform policy and implement change; for example, former Connecticut Governor Gov. Dannel Malloy appointed her to the Sandy Hook Commission following the December 14, 2012, mass shooting tragedy at Sandy Hook Elementary School in Newtown, Conn. She was specifically asked to investigate and recommend changes to child mental health delivery systems via early intervention and prevention. Her commitment to innovation led Clifford Beers to winning a $9.7 million Centers for Medicare and Medicaid Services Healthcare Innovation grant, which is designed to prove the impact of integrated care combined with in-home intensive care coordination for families living under chronic stress and with complex biopsychosocial issues (currently in progress). Forrester has traveled the nation addressing vast and varied audiences — from New York City public school physicians to religious leaders in Lake Forest, Calif. — on topics such as trauma, resiliency, the framework for school-based/trauma-informed change, quality management, and integrated care. She has designed and is overseeing a team at the clinic dedicated to helping schools implement a trauma-informed framework for change at the district-wide level. Leadership posts in the private sector include board membership at the Alliance, a Connecticut nonprofit action group, and board chair for both the National Association for Drama Therapy and the National Coalition for Creative Arts Therapies Associations. Forrester holds a Master of Arts degree in drama therapy from New York University and a Ph.D. in clinical psychology from Fielding University. She resides in New Haven with her partner and their three adopted children, Elizabeth, Daniel, and Camille. 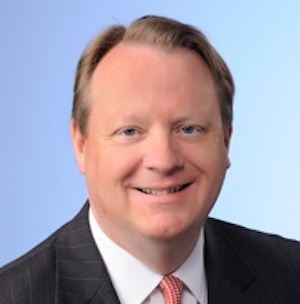 Gregory B. Butler is Executive Vice President and General Counsel of Eversource Energy. He is responsible for Legal, Corporate Governance, Federal Governmental Affairs, Internal Audit and Security, and Energy Supply. Greg serves as a member of the Board of Directors of numerous Eversource subsidiaries as well as the Eversource Energy Foundation. He also serves on the Boards of the following: AdvanceCT (formerly Connecticut Economic Resource Center), the Connecticut Public Broadcasting Network, Hartford Health Care, Metro Hartford Alliance, New England Council and United Way of Connecticut. He is a member of the Energy Bar Association and is a senior fellow of The American Leadership Forum. In 2011, Greg was inducted into the Junior Achievement Business Hall of Fame; named a General Counsel of Distinction with the CT Law Tribune; presented with the “Good Scout Award” by the Boy Scouts of America. He has also been named a Distinguished Alumni by Onondaga Community College and Albany Law School. In 2002, Greg was named the Humanitarian of the Year by the Greater Waterbury NAACP. Butler served on the Connecticut Fiscal Stability and Economic Growth Commission. He was also a member of the Transition Teams for Governors’-elect Ned Lamont and Dannel P. Malloy. Butler has formerly served as Chairman of the Madison County (NY) Republican Party; and has played roles in numerous political campaigns at state, local and national levels. Prior to joining Eversource, Greg was an Executive with New England Electric System and Niagara Mohawk; a Senior Attorney in the United States Justice Department and Associate Counsel to the NY State Assembly Republicans. A native of Cazenovia, New York, Greg earned a bachelor’s degree in history from the State University of New York at Stony Brook in 1980 and a doctor of jurisprudence degree from the Albany Law School of Union University in 1988. He is admitted to the practice of law in New York and to the United States Court of Appeals for the 9th Circuit. Greg and his wife, the former Connecticut House Republican Leader Themis Klarides, live in Madison, Connecticut. Greg has two grown daughters, Reverend Elizabeth Butler Arulampalam and Sarah Butler.

Back to Graduate Commencement