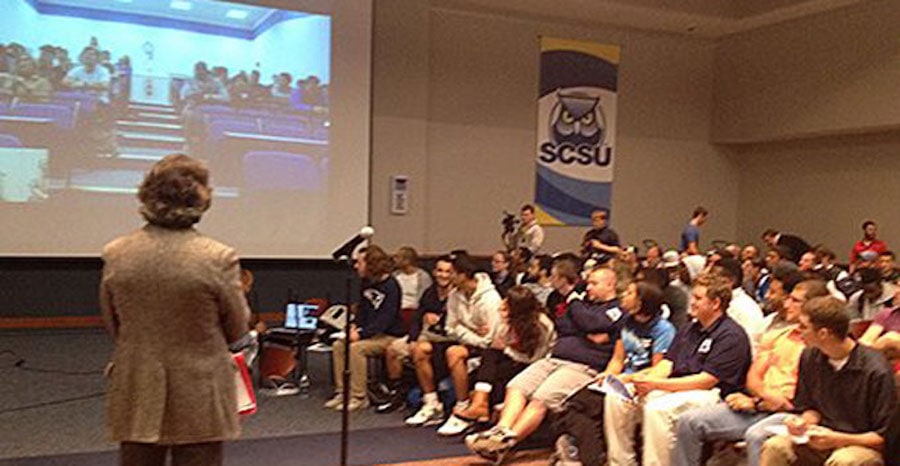 Live from the home of the Beatles, sports management students from Liverpool John Moores University (LJMU) beamed in to engage with their SCSU counterparts prior to an SCSU appearance by former Major League Baseball Commissioner Fay Vincent. With SCSU Professor Lee deLisle moderating, questions on both sides ranged from the structure of sport in the United States and funding at grassroots level to the prospects for new Liverpool FC manager Jurgen Klopp and the potential for a permanent NFL franchise based in London.

Nursing colleagues at Southern and LJMU are exploring a variety of research collaborations, and the nursing departments from the respective institutions participated in a symposium via videoconference in which SCSU Assistant Professor of Nursing Christine Denhup presented her research on parental bereavement following the death of a child, an area of interest for both groups.