This multicultural city is best explored on foot (its grid system design makes it easy to get around). It’s also home to five colleges and universities, which means that whatever time you visit – day or night – your feet will be happily immersed in the urban college experience.

Getting to the Elm City is easy. You can:

New Haven’s convenient location between New York City and Boston makes it a breeze to plan a day or weekend trip to either city; public transportation options abound. 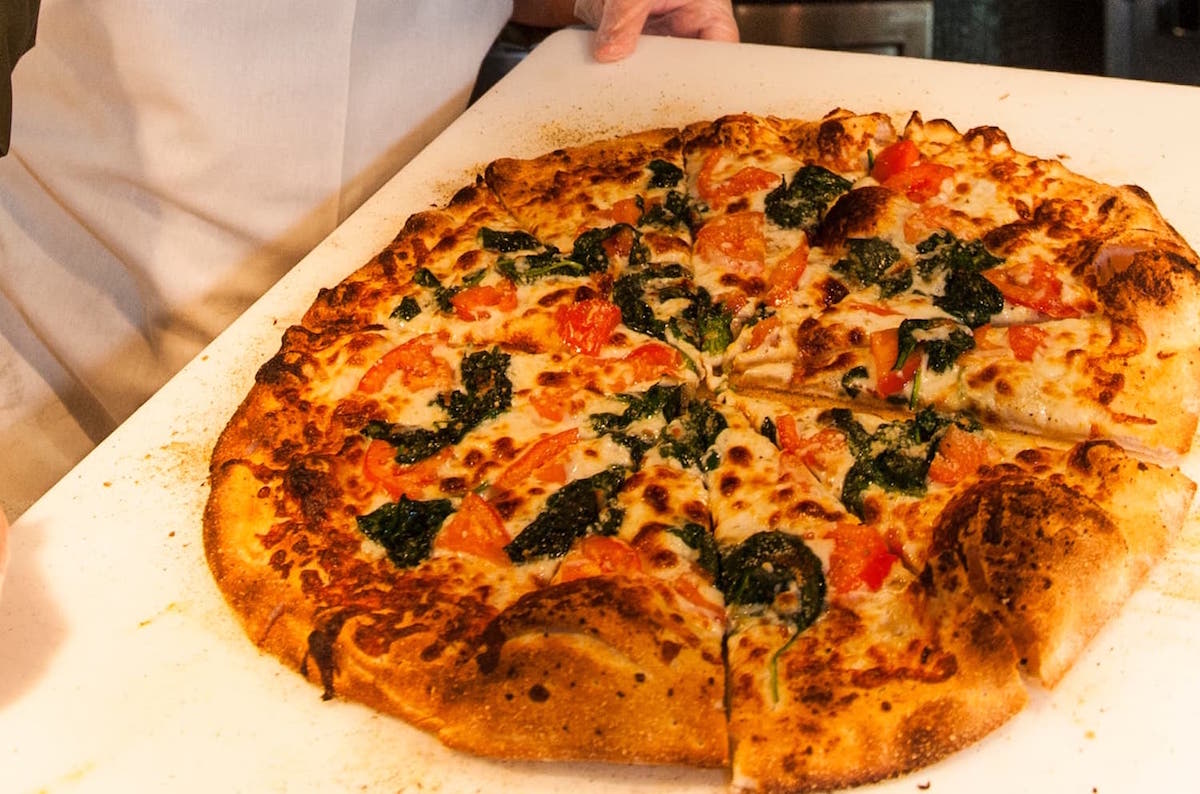 Who hasn’t heard of New Haven pizza? Sure, it’s world renowned, but the Elm City is home to more than 100 distinctive restaurants, so put down that pie and go on a multicultural culinary tour instead. Within the 369 square miles of city, there’s:

…just to name a few.

If you’re a fan of farm-to-table fare, there are more than a dozen restaurants that source their ingredients from local farms, artisan cheesemakers, beekeepers, and the like. And if you’re a fan of greasier-is-better fare, you can take your pick of burger joints, some of which have been flipping burgers for more than a century.

Don’t worry if you lose track of time – many restaurants keep the kitchen running late into the night.

Within walking distance from SCSU, you’ll find several restaurants in the Westville section of New Haven that are perfect for weekend brunch with friends. 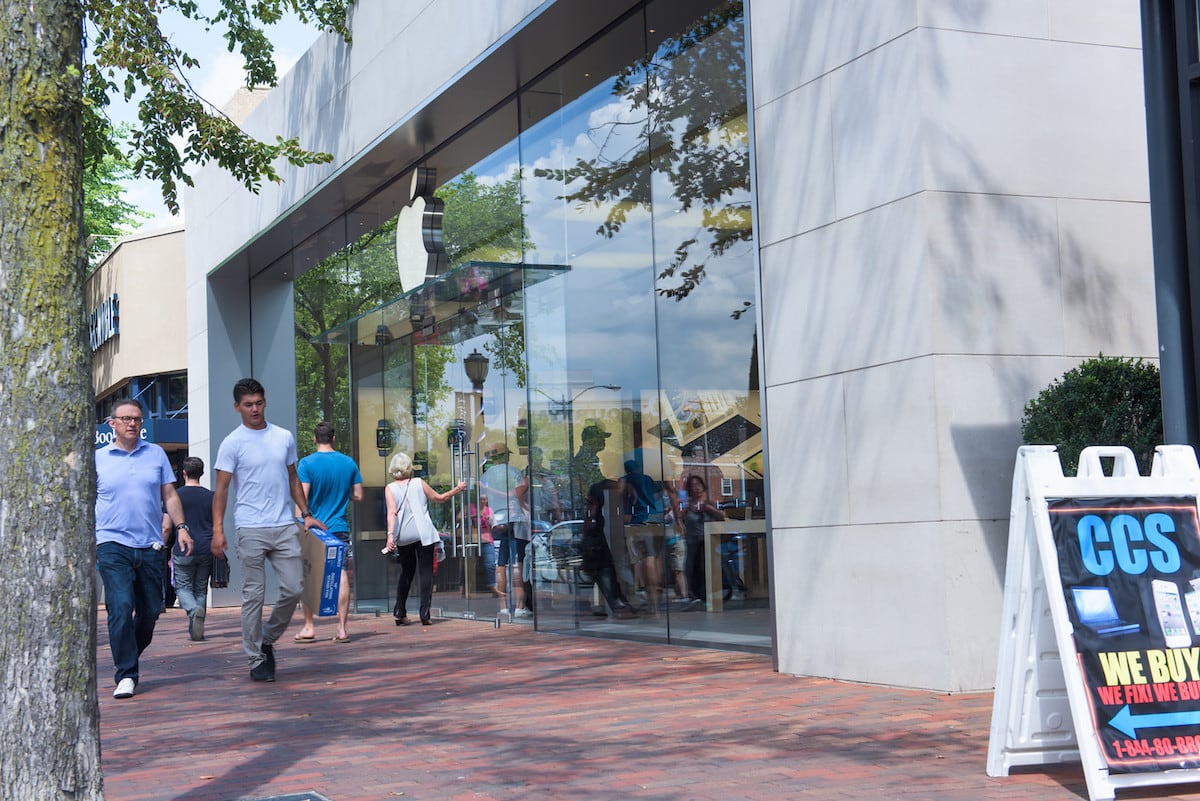 Much like the restaurant scene, the key word here is variety. Within New Haven you’ll find name brand chain retailers; vintage and consignment shops; upscale boutiques; independent bookstores; furniture, rug, and home stores; and designer shoe and hat stores. There’s also that enormous box chain store right off I-95/Long Wharf, where you can load up your shopping cart with dorm decor – without breaking your budget.

There are several shopping districts in New Haven:

City Seed brings more than 50 Connecticut vendors to New Haven for its Wooster Square Market, as well as a three-season market at Edgewood Park; two summer markets in Downtown and Fair Haven; and an indoor Winter Market. 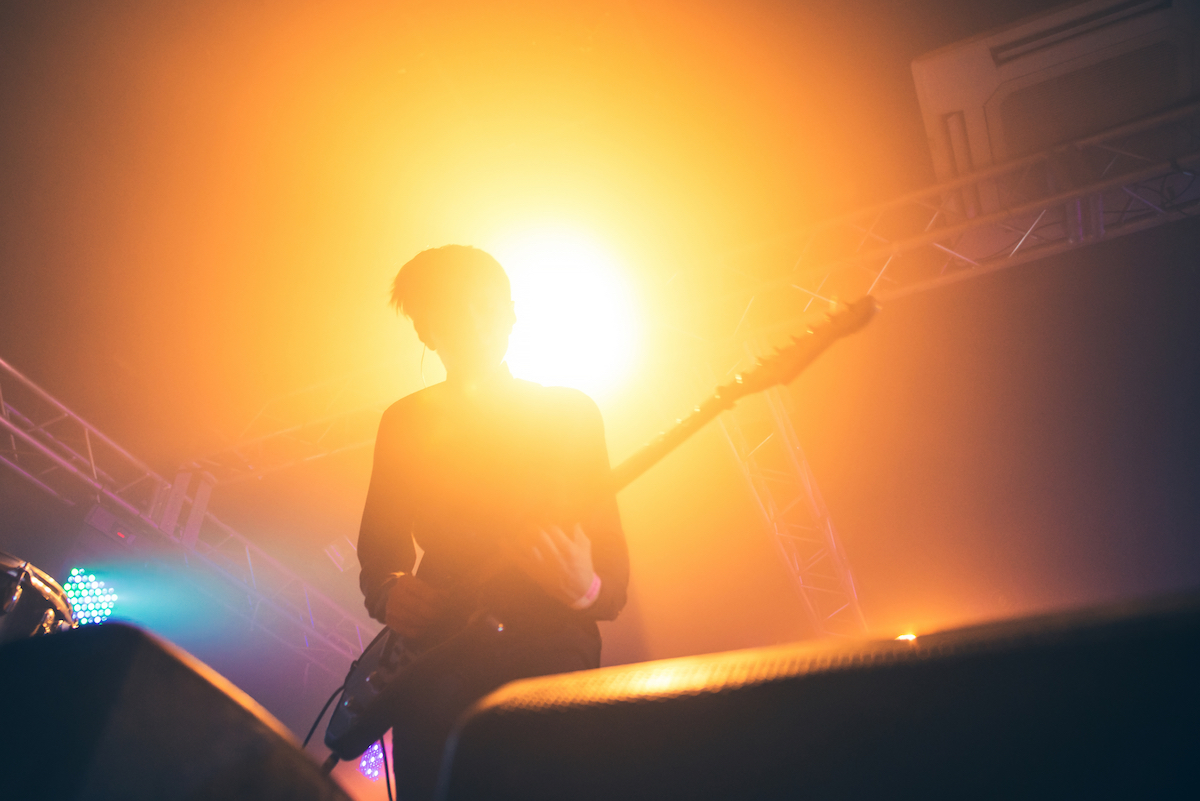 The music scene in New Haven is always happening, and it’s always eclectic. You can enjoy blues, jazz, punk, hip-hop, classical, rock, indie bands, and more. Some of the more popular venues for live music are:

Getting into the Green 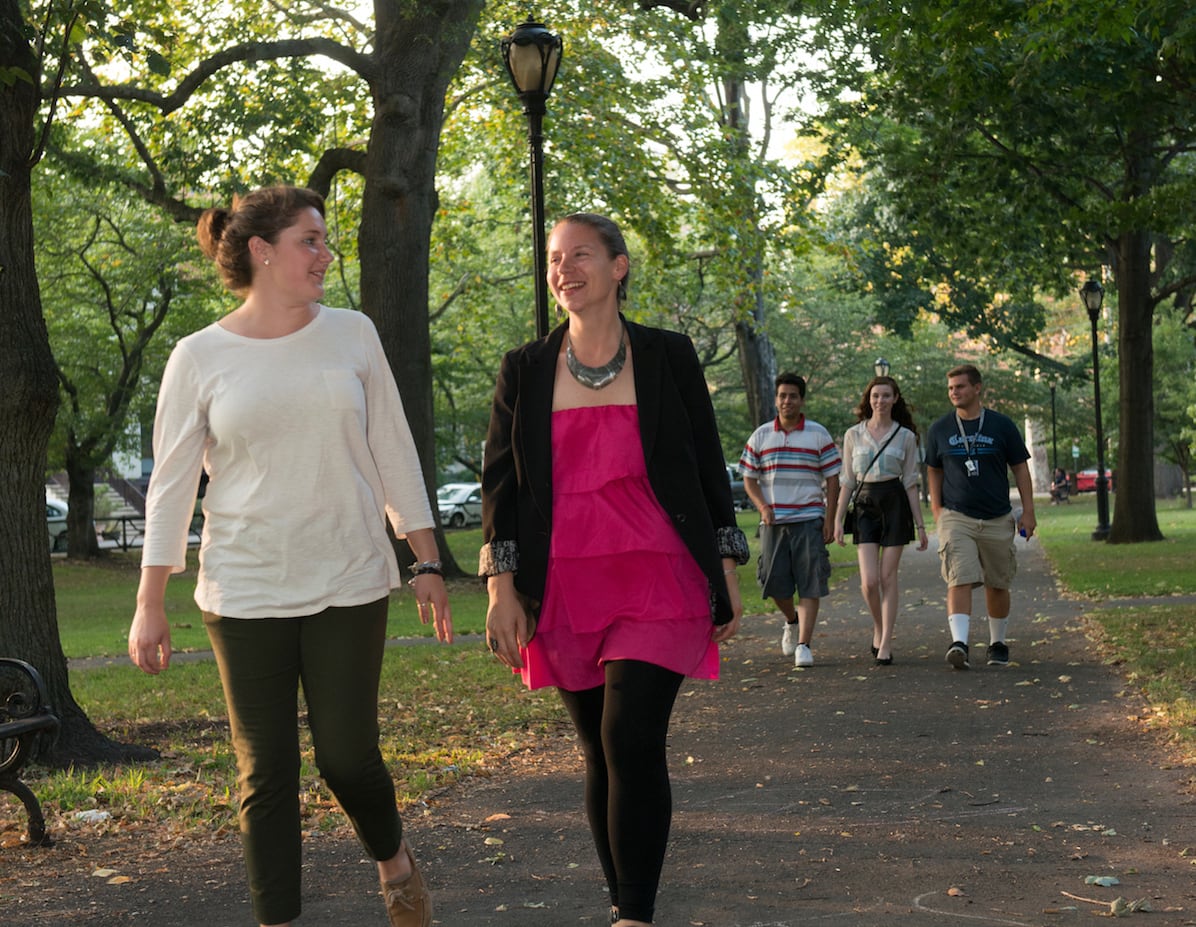 Sure, New Haven is a city, but more than 20 percent of New Haven is actually comprised of open green space. The city also is surrounded by several parks, ideal for picnicking, bike riding, or simply taking in the views.

East Rock is a neighborhood in New Haven named for nearby East Rock, a rock ridge with striking red cliffs, topped by the Soldiers and Sailors Monument, which honors New Haven men who gave their lives in four wars. Park entrance is free.

West Rock Ridge State Park is open daily from sunrise to sunset. It is the second largest state park in Connecticut. Park entrance is free.

Getting into the Water

Do all those water views have you craving a day by the ocean? You’re in luck: New Haven and many of its quaint surrounding towns are coastal, each with its own unique (and oftentimes free) beaches.

Just outside the bustle of New Haven is Lighthouse Point Park, an 82-acre park where you can swim, explore nature trails and a bird sanctuary, and ride an antique carousel (the 1911 carousel includes 69 horses, a camel, and two chariots). There’s also a grassy area with picnic tables and grills. The park abuts the Morris Creek Nature Preserve, a 20-acre salt marsh. Park gates open 7 a.m. to sunset; the park is open April 1 to November 1.

Other area beaches include:

If you’d rather enjoy the art around you without ever stepping foot indoors, ArtSites New Haven is an interactive digital catalog that locates and describes outdoor public art throughout the city — all the way from the Green to East Rock and everywhere in between. More than 500 works of publicly accessible art is located throughout New Haven alone, including monuments and murals, Percent-for-Art projects, mayoral portraits, Federal Art Project works of the Works Progress Administration (WPA), and more. It’s yet another reason to get your walking shoes on.

Back indoors, the Yale Peabody Museum has one of the largest natural history collections in the world, from dinosaurs to diamonds and butterflies to bugs. Fossils not your favorite? The New Haven Museum has 375 years of New Haven history on display, from the colony’s founding as a Puritan village to current day.

Other museums to check out: 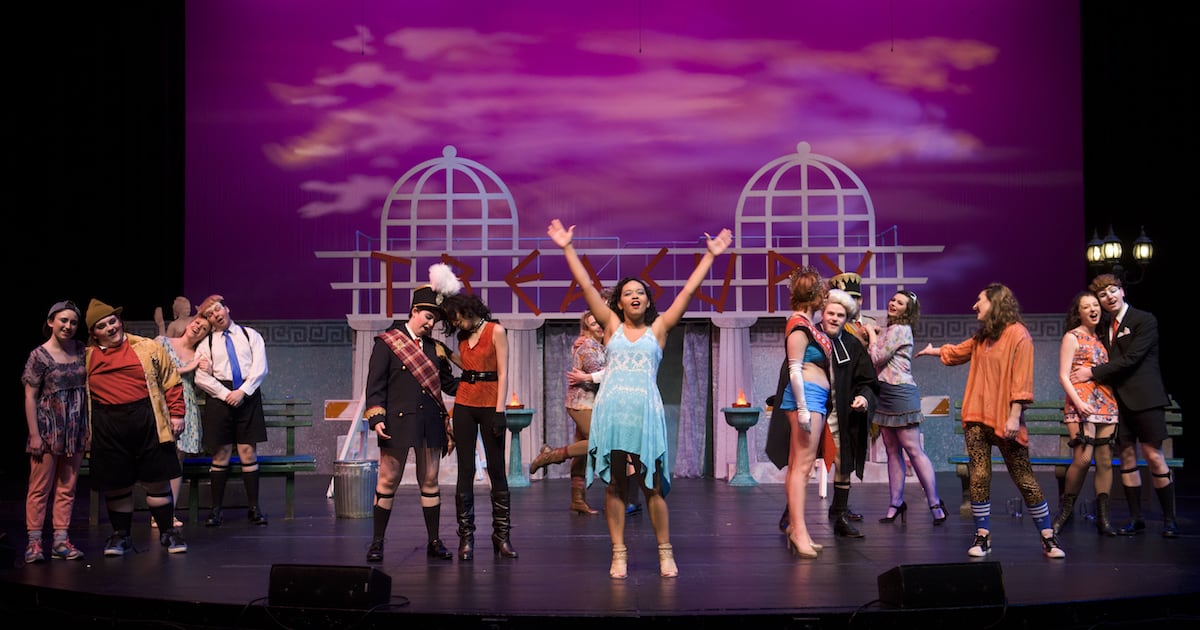 Whether you’re a theatre major or someone who simply enjoys the creative energy of live productions, the theater scene in New Haven doesn’t disappoint. Venues range from cozy to upscale and can accommodate a wide range of budgets. They include:

This multi-use performing arts facility is right on campus. It consists of two performing spaces and a lobby art gallery. It is also home to the Department of Theatre with its costume and scenery shops. At Lyman Center, you'll find comedy, concerts, student activities, and amateur and professional performances. Discounted tickets for students.

Owned and operated by CAPA, one of America’s most respected theater managers and producers, top-tier talent has headlined at the Shubert since 1914. Now, over 100 years later, the house is still packed as the Shubert runs favorites such as Les Misérables, Jersey Boys, The Nutcracker and A Charlie Brown Christmas. This performing arts center presents plays, musicals, opera, dance, classical music recitals and concerts, vaudeville, jazz artists, big bands, burlesque, and solo performances.

Founded in 1997, this theater’s mission is “to celebrate the power of storytelling by providing New Haven with awesome theater experiences that are relevant and accessible to all members of our community.”

Named for the Long Wharf port along New Haven Harbor, Long Wharf Theatre has created since 1965 a home for theater artists from around the world, resulting in the transfer of more than 30 Long Wharf productions to Broadway or Off-Broadway. This community-enriching theater is more than a mere performance venue (though it has produced numerous award winning plays featuring current stars as well as up and coming actors) –  it’s also a studio school and magnet for local artists, residents, and leaders who want to come together and share their story.

Known as “The Rep,” this repurposed cathedral on Church St. is open October through May. It has produced more than 100 premieres by emerging and established playwrights.

Major special events and festivals take place throughout the year, usually right downtown. They include: