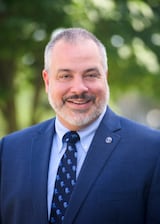 In July 2016, Joe Bertolino, Ed.D., was named the 12th president of Southern Connecticut State University, a public institution of 10,300 students in New Haven, Conn. President Joe, as he is affectionately known, has been a social justice educator for 25 years, and is passionate about student success and access to higher education.

During his short time at the helm of Southern, he has outlined the following priorities: raising the university’s profile, expanding community outreach and partnerships; strategic enrollment recruitment and retention; and streamlining students’ path to earning a degree.

He earned his doctorate in higher education administration and organizational leadership from Columbia University, Teachers College in 2003, a master’s in social work from Rutgers University in 1990, and a bachelor of science in psychology and sociology from the University of Scranton in 1986. 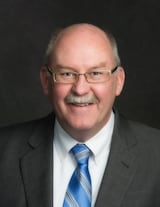 Mark Rozewski holds a broad and deep portfolio, including oversight of accounting and finance; facilities operations; campus security; and human resources. He has a record as a strong, experienced, and innovative fiscal planner.

Rozewski holds a master’s degree in city and regional planning from Rutgers University and a B.A. in urban studies/planning from the same institution. He began his career in Connecticut as a research assistant at the Connecticut Housing Finance Authority in Hartford. He joined the university community on campus in February 2015. 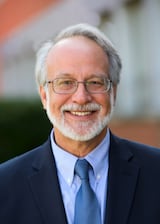 Dr. Robert S. Prezant came to Southern in July 2017 and brings a proven record of success from more than 35 years of teaching, research and leadership in higher education. He was previously the dean of the College of Science and Mathematics at Montclair State University and professor in the Department of Biology, where he specializes in malacology – the scientific study of molluscs. His professional life has always been within public institutions: he previously served as chair of a 33-member Department of Biological Sciences at Indiana University of Pennsylvania, and as dean of the Division of Natural and Mathematical Sciences at Queens College (City University of New York). 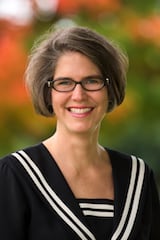 Tracy Tyree joined Southern in 2013 from her most recent position as associate vice president of student affairs at the University of South Florida (USF). USF is a public Research I institution within the State University System of Florida, with about 48,000 students on four campuses. She brings a track record of commitment to student success, effective senior administration, and innovation in student programming and support services.

Tyree strives to provide support to students through Student Affairs services and programs and to create the climate, culture, and opportunities for students to realize their best possible college experience, both inside and outside of the classroom. 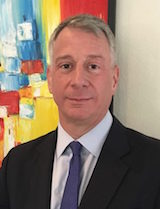 Michael Kingan was named Southern’s vice president for institutional advancement in July 2018. He oversees Development, Integrated Communications & Marketing, and Alumni Relations and serves as executive director of the SCSU Foundation.

Kingan has served for more than 25 years in a number of diverse institutions, including the Universities of Michigan, Washington, Iowa and New Mexico. He was the first Chief Advancement Officer at the Singapore American School, one of the world’s premier international schools, with an enrollment exceeding 4,000 students in grades pre-kindergarten through 12. Most recently, Kingan was the vice president for development and alumni relations at the University of Texas at Arlington, a Carnegie Research-1 institution that ranks among the top five most diverse student populations of all comprehensive public universities in the nation.

He has prepared and successfully launched comprehensive fundraising campaigns throughout his career and has expertise in identifying fundraising priorities, collaborating with university leadership, faculty, staff, alumni, and volunteers and facilitating gift engagements that result in substantial growth in institutional support.

Kingan earned his undergraduate degree in political science from Austin College in Sherman and his Master of Public Affairs degree from the Lyndon B. Johnson School of Public Affairs at the University of Texas at Austin. He served as an instructor in the Overseas Service Corps of the YMCA in Keelung, Taiwan, before embarking on his career in philanthropy and advancement. 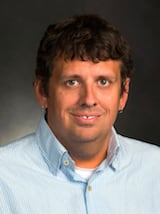 Prior to joining Southern as the Associate CIO, he was the Associate Vice President, Information Technology, Associate CIO, and Chief Technology Officer (CTO) for Florida State College at Jacksonville, one of the largest and most comprehensive colleges in the United States. He has over 20 years of technology support and management experience in higher education organizations in California, Florida, and Connecticut.

Dennis received his BS Degree in Information Sciences from Florida State University and completed his MA in Instructional Systems at the University of Central Florida. In 2010, Dennis was honored as one of Computerworld’s Premier 100 IT Leaders. 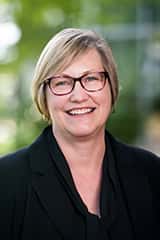 Julie Edstrom joined Southern in July 2019, bringing over 25 years of experience in higher education enrollment management, marketing, and student services. Edstrom is a leader and strategist with deep experience in areas including recruitment and enrollment planning, admissions, student financial services, marketing, retention, institutional research, adult and graduate program development, as well as cabinet- and board-level visioning and planning. She brings a successful record of progressive responsibility, process improvements, and staff development. She comes to Southern from University of Providence in Great Falls, Mont., where she was vice president of enrollment management. Previously, she served in various capacities at Augsburg University in Minneapolis, Minn., most recently as vice president of enrollment management.