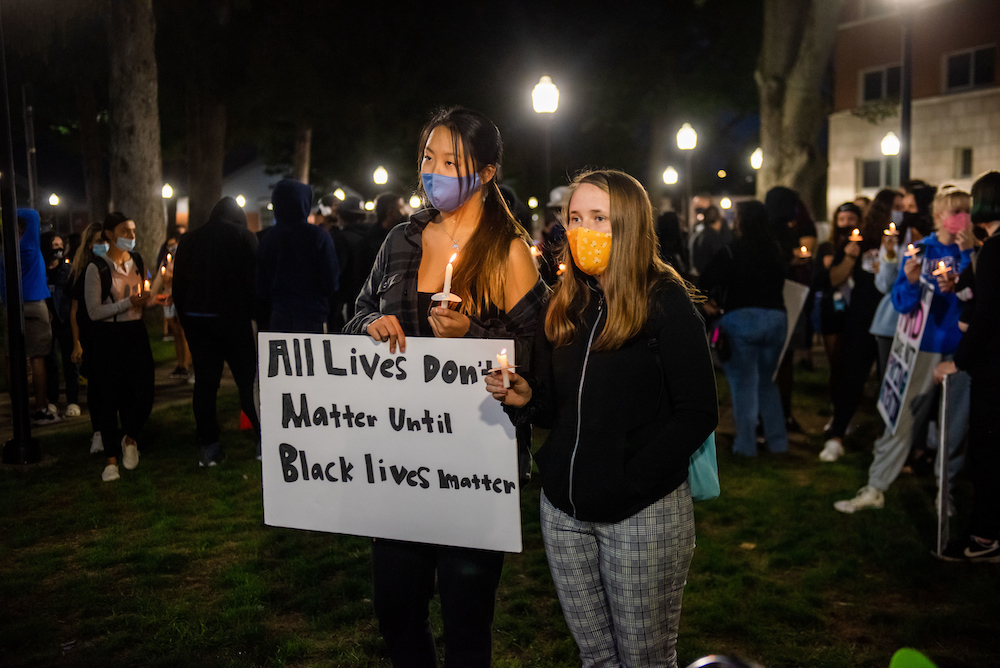 On May 25, 2020, an encounter between a white Minneapolis police officer, Derek Chauvin, and a 46-year-old Black man named George Floyd resulted in Floyd’s tragic death and resulted in large numbers of Americans taking to the streets to demand police reform and accountability.

The Derek Chauvin trial that began on March 8, 2021, and recent increased racialized violence weigh heavily on many of us, and more profoundly have become a heavier psychological toll on many of our Black students, colleagues, peers, friends, and neighbors. In the midst of increased anxiety and conflict, we offer the following resources as a way to support each other.

Steps to Take Towards Being Anti-racist

Resources and Advice for Faculty and Staff